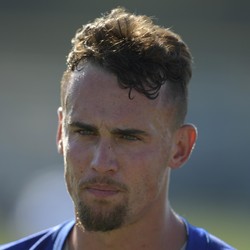 The Los Angeles Chargers signed wide receiver Nelson Spruce to their 90-man roster. Spruce went undrafted in 2016 out of Colorado and has spent some time with the Rams, Bears, and Chiefs.

Spruce attracted attention on the 2016 season of HBO's Hard Knocks and set all kinds of receiving records at Colorado. The Chargers' receiving corps isn't very deep, but Spruce will have a tough time beating out Geremy Davis and Isaiah Burse for a spot on the 53-man roster.