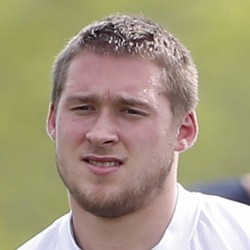 With both Roquan Smith and Danny Trevathan done for the season Kwiatkoski remains the big man in the middle of the Bears' defense. Last week, he put up 11 total tackles and now has put up double digits stops in two of the past three weeks. He's a solid start against a Vikings' offense that will likely lean heavily on the running game with Kirk Cousins out of the lineup this week.

Nick Kwiatkoski being signed by Raiders

Nick Kwiatkoski tweeted a photo of the new Las Vegas stadium and Ian Rapoport confirmed that he will be playing for the Raiders next season.

Kwiatkoski has been a Chicago fan-favorite for years and it was assumed that they wouldn't have the assets to retain him this season. Vontaze Burfict only played four games last season before suffering a suspension through the end of the year and his future with the team is up in the air. He has vowed to come back and change the way he plays, but the Raiders' investment in Kwiatkoski shows that they may be ready to move on. If so, Kwiatkoski would become a run-stuffing starting middle linebacker and would have the ability to launch himself into fantasy relevance. Keep an eye on the Raiders' camp to see how this depth chart will shake out. Kwiatkoski's contract is 3 years/$21M with $13.5M guaranteed.