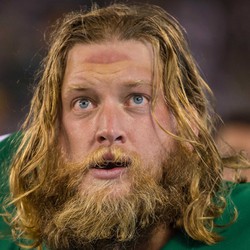 Nick Mangold is retiring from the NFL, the Longtime New York Jets center announced on Twitter early Tuesday morning. He will be signing a one-year deal with the Jets in order to retire with the only team he ever played for.

Mangold suffered a serious ankle and foot injury in 2016 that landed him on injured reserve. That offseason he was released by the Jets and ended up sitting out the entire 2017 season due to the injury. Now, the former Pro Bowler and First-Team All-Pro has decided to hang up his cleats for good.