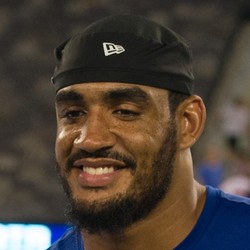 Vernon being absent is an upgrade to the Ravens already dominant rushing attack. Sheldon Richardson is active in the middle, but the Ravens should have their way on the edges. Mark Ingram has solid RB1 upside against a depleted Ravens defensive line.