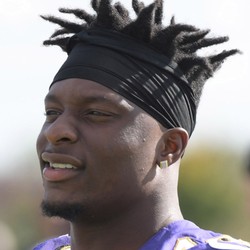 Ravens linebacker Patrick Onwuasor was named AFC defensive player of the week for his performance in Week 16’s game against the Chargers.

Onwuasor recorded nine tackles (eight solo) with two sacks and a forced fumble in the victory. The strip came via tight end Antonio Gates with the Chargers driving late in the fourth quarter. Cornerback Tavon Young scooped up the loose ball and returned it 62 yards for a touchdown, extending the Baltimore lead to 22-10. The Ravens will be fighting for the AFC North title in Sunday’s regular season finale against the Browns.