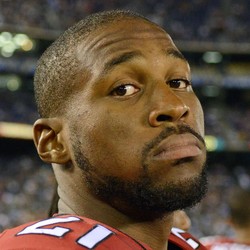 Patrick Peterson and Cardinals have not talked contract extension

Cardinals DB Patrick Peterson said on a Zoom call Thursday that he and the Cardinals have not had any contract talks to this point.

Peterson enters into the final year of his five-year, $70M deal he signed back in 2015. He told the media he thinks 2020 could be a special year for him and the Cardinals. “I feel I have a lot to prove,” said Peterson. He also said he would love to stay with one team his entire career. He’s played nine seasons in the NFL, all with the Cardinals, racking up 438 tackles and 25 INTs in 138 games played. Peterson will look to prove to the naysayers that at 29 years old he is still one of the best defensive backs in the game.