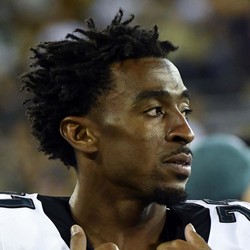 NFL Network's Ian Rapoport is reporting that the Saints have agreed to terms with cornerback Patrick Robinson on a four-year deal.

He's leaving the Eagles to go back to the team he started his career with. He played for the Saints from 2010-2014, though the organization is much different nowadays. They have a defense that won't ask him to be the top-guy, but rather cover the slot while Marshon Lattimore and Ken Crawley handle the perimeter. The Saints suddenly have one of the best secondaries in all of football, as Robinson was one of the best slot cornerbacks in all of football last year.