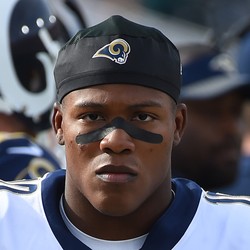 Pharaoh Cooper and Panthers agree to a one-year deal

The Carolina Panthers announced on Twitter that they have agreed to one-year deal with wide receiver/return specialist Pharaoh Cooper.

By adding Pharaoh Cooper, the Panthers continue to add depth to the wide receiving core, while improving their special team’s return game. Cooper had a career year last season playing 13 games (one game for the Bengals and the final 12 games with the Cardinals). Cooper produced 25 receptions for 243 yards and one touch down. Where Cooper made his mark was in the return game. He returned 25 kickoffs for 543 yards and 17 punts for 129 yards. If you’re in a deep league that has return yards stats, Cooper might be worth a speculative add or place him on the watch list for now.