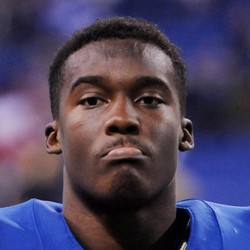 Phillip Dorsett signs a one-year deal with the Seahawks

Former Patriots and Colts WR Phillip Dorsett is headed to Seattle on a one-year deal.

Dorsett, a former 2015 first-round pick out of Miami, played two seasons with the Colts before going to New England, where he spent three seasons. He hasn’t quite found his footing with either team, never topping more than 528 yards or five touchdowns in any given year. The 27-year old will look to flip the script as he takes his talents to Seattle to work with Russell Wilson and the Seahawks. He’ll work alongside Tyler Lockett and D.K. Metcalf to start the season, and can really only be viewed as a WR5 or WR6 in very deep leagues.

Deposit $10 at a DFS partner site you have NOT played at and get a FREE 6 Month HOF Subscription!
Claim Offer
Who Should I Start?
Most Accurate Experts
for Phillip Dorsett
Consensus Rankings
View All Rankings