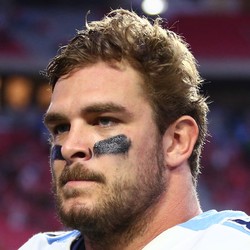 Phillip Supernaw gets released by the Titans

Phillip Supernaw was released by the Titans on Tuesday according to the Titans Twitter page.

Supernaw had been on the Physically Unable to Perform list for the first week of training camp after missing offseason workouts as well. The veteran TE is known more for his blocking and special teams play rather than his receiving skills and will not be fantasy relevant wherever he lands.