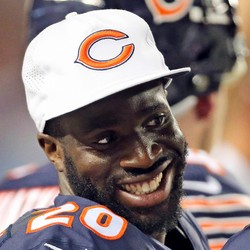 It was announced last week that Amukamara would sign with the Raiders, and that signing became official on Monday. To make room for the veteran corner, Las Vegas waived CB Nick Nelson. Amukamara joins a relatively young secondary and will likely find himself playing on the outside for the Raiders. The former first-rounder will provide veteran leadership for the younger guys around him.