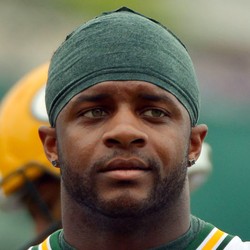 While both Kenny Stills and Keke Coutee are both better slot receivers than they are on the perimeter, the signing of Cobb indicated he'll be taking over in the slot. He's going to be starting on a team that just lost Deandre Hopkins, which creates a lot of uncertainty. The reason I'm not big on Cobb is due to the fact that Deshaun Watson hasn't checked down very much throughout his career.

The Texans have agreed to a three-year, $27 million deal with Randall Cobb, which contains $18.75 million guaranteed.

Cobb is hardly a replacement for the departed DeAndre Hopkins, but there are certainly worse situations he could have found himself in. With Will Fuller's injury history, there is room for another wide receiver to establish himself alongside Kenny Stills in the Texans offense, particularly in the slot. Cobb hasn't topped 828 yards receiving or four touchdowns since 2015, so he's still not exactly a fantasy target. But with the money the Texans will be paying him, he'll likely be worth a late-round dart throw.

(2020)
View Full Schedule
Who Should I Draft?
Most Accurate Experts
for Randall Cobb
Do Not Sell
Are you looking to contact Customer Support about a subscription or account related question?
Yes
No, I'm a California resident looking for the California Consumer Privacy Act form