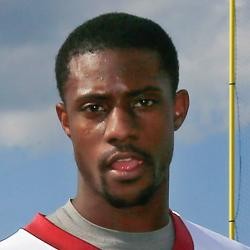 Ross was only featured on one passing play Sunday in the Redskins close matchup against the Baltimore Ravens, reeling it in for eight yards.

Ross is the fourth wide receiving target on the Redskins roster and will slide back to fifth once rookie Josh Doctson returns from his Achilles injury. Ross isn't on the fantasy radar at this point in his career.