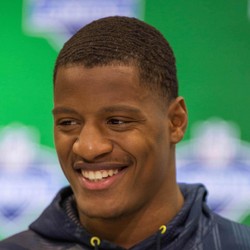 Rasul Douglas put on the trade block by Philadelphia

Per Mike Florio of Pro Football Talk, the Philadelphia Eagles are shopping CB Rasul Douglas in the wake of the trade for former Lions CB Darius Slay.

Douglas, a 2017 third-round pick out of West Virginia, has largely underwhelmed for Philadelphia in his three years with the team. He got benched mid-way through the 2019 season, and now with Slay on board, the Eagles are putting Douglas on the trade block.