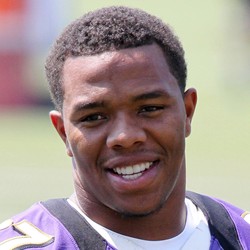 Ray Rice return to NFL this season a possibility

Adam Schefter is reporting that there is a "growing sense" that free agent running back Ray Rice will return to the NFL at some point this season.

Schefter cites league sources for his suspicion of a Rice return. Despite his horrific act, Rice has done everything since then to right his wrong and show contrition, the question remains whether he simply has anything left to contribute to a team. If he does get a shot with a team this season, it likely won't be in a fantasy-relevant role.