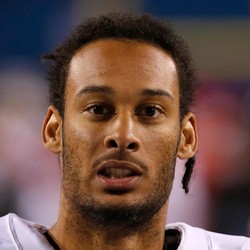 Anderson's struggled the past few seasons in New York, but he's getting a change of scenery with his signing with the Carolina Panthers. Anderson has familiarity with head coach Matt Rhule, which will only help in a truncated offseason. The Panthers are most likely going to be throwing the ball a ton this season and Anderson's going to see plenty of targets heading his way. Anderson's one of my candidates to breakout this season and he's currently being drafted outside the top-50 WRs.

Robby Anderson agrees to a two-year, $20M deal with the Carolina Panthers

Former Jets WR Robby Anderson is headed to Carolina on a two-year, $20M deal, with $12M in year one.

Anderson is reunited with his former college coach at Temple, Matt Rhule. Undrafted in 2016, Anderson has had four productive seasons with the Jets. He hasn’t had consistent quarterback play or coaching, which has suppressed his overall fantasy ceiling in New York. He’ll join forces with QB Teddy Bridgewater, WRs D.J. Moore and Curtis Samuel, and RB Christian McCaffrey in Carolina this upcoming season. That’s a lot of speed and firepower from the skill positions, and it’ll be interesting to see how all are utilized. McCaffrey and Moore are the first two options for the Panthers on offense, but Anderson could quickly become the third. Consider him a WR3 for the time being with Bridgewater somewhat limited as to how much he can throw the football. This will also open up more targets in New York for WR Jamison Crowder, who quickly became a favorite target of QB Sam Darnold last season.

(2020)
View Full Schedule
Who Should I Draft?
Most Accurate Experts
for Robby Anderson
Do Not Sell
Are you looking to contact Customer Support about a subscription or account related question?
Yes
No, I'm a California resident looking for the California Consumer Privacy Act form