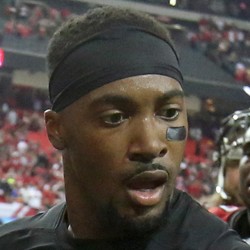 Robert Alford expected to miss first half of the year

It has been confirmed that Arizona Cardinals CB Robert Alford suffered a fractured tibia during Tuesday's team practice. Alford is expected to be out for the first half of the 2019 regular season.

The Cardinals were already running a little thin at the cornerback position after Patrick Peterson received a six-game suspension for violating the league's substance abuse policy. Now Arizona will have to rely on Tramaine Brock and Byron Murphy until Peterson and Alford return to play. In his first six seasons with the Falcons, Alford totaled 10 interceptions along, with averaging about 49 tackles per year.