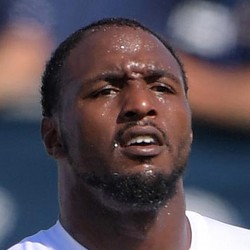 Defensive end Robert Quinn has agreed to a 5-year, $70 million deal with the Chicago Bears, according to a report from NFL insider Ian Rapoport.

Quinn had 11 1/2 sacks last season for the Cowboys and has now turned that bounceback year into a big payday. In a corresponding move, the Bears are also reportedly releasing former first-round pick Leonard Floyd.