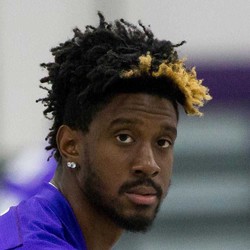 Minnesota took a stab at Adams, who could have a difficult time finding a role on the offense. Like many late-round wideouts, special teams will be the key to jump-starting his pro career. However, the Vikings' wide receiver corps is questionable behind Stefon Diggs and Adam Thielen, which could open the door for Adams. Still, I'd expect him to open 2017 the No. 4 or No. 5 wideout on the depth chart at best, limiting his fantasy relevance.

(2020)
View Full Schedule
Most Accurate Experts
for Wide Receivers
Do Not Sell
Are you looking to contact Customer Support about a subscription or account related question?
Yes
No, I'm a California resident looking for the California Consumer Privacy Act form