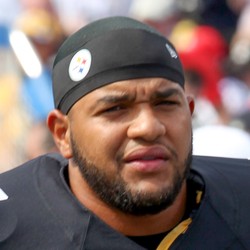 Roosevelt Nix is signing a one-year deal with the Colts.

Nix was the highest rated fullback left in free agency and will boost the Colts' rushing attack. He is known as a good blocker and played five seasons for the Steelers. Nix made the Pro Bowl in 2017 and is also recognized for his outstanding play on special teams. The 28-year-old is not fantasy relevant, but his presence improves Colts starting RB Marlon Mack's value.