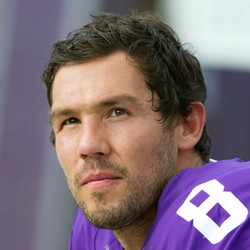 Incredibly, Bradford signed a two-year, $40 million deal with the team back in March. He'll wind up "only" getting paid about $13.5 million from the team, and it appears as if his days as a starting QB in the NFL are over. Mike Glennon will back up rookie Josh Rosen from here on out.

Deposit $10 at a DFS partner site you have NOT played at and get a FREE 6 Month HOF Subscription!
Claim Offer
Most Accurate Experts
for Sam Bradford
Consensus Rankings
View All Rankings