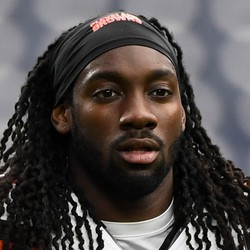 Sammie Coates could be moving up the depth chart for Texans

Sammie Coates did not catch a pass for the Texans on Thursday night as the team defeated the Dolphins by a 42-23 score.

Coates has just one catch on the season as he has not been part of the Texans offense. His chance might be coming with fellow receiver Will Fuller possibly having a season ending knee injury and Keke Coutee also out with an injury. Fantasy owners should not be running out to add Coates but he is worth keeping an eye on.

(2020)
View Full Schedule
Most Accurate Experts
for Wide Receivers
Do Not Sell
Are you looking to contact Customer Support about a subscription or account related question?
Yes
No, I'm a California resident looking for the California Consumer Privacy Act form