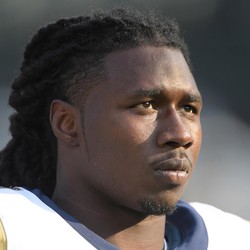 Sammy Watkins made shocking news on Thursday. When asked about returning to the Chiefs in 2020 he stated "I don't know what I'm going to do. If we win it… I might sit out a year." Watkins later made it clear that he is not considering retirement, but resting. The Clemson-product went on to finish the interview saying, "As long as we're winning games and I stay healthy and I'm having fun, I'm willing to stay." After Sunday, Watkins still has one-year remaining on his deal with Kansas City.

Watkins' comments won't affect anything heading into Sunday's contest. Dynasty leagues will be the most affected from this development as Watkins' future is up in the air. There really is not much from this for fantasy managers to make a decision so keep checking in on Watson once the off-season begins. Lastly, this update is too premature for anything in regards to season-long leagues. Watkins' decision should be known prior to kicking off 2020's fantasy season.

Deposit $10 at a DFS partner site you have NOT played at and get a FREE 6 Month HOF Subscription!
Claim Offer
Who Should I Start?
Most Accurate Experts
for Sammy Watkins
Consensus Rankings
View All Rankings