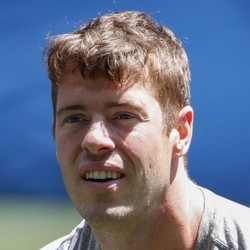 Scott Tolzien gets pulled in blowout loss to Rams

Scott Tolzien was pulled in favor of Jacoby Brissett as the Colts were blown out in Week 1 against the Rams 46-9. Tolzien was benched late in the fourth quarter and Brissett took the team down for the only touchdown of the game. Tolzien tossed two pick sixes while passing for only 128 yards. He added two yards on the ground.

The Colts desperately need Andrew Luck back and it looks like he will miss all of September, which means at least two or three more games. Tolzien may have lost his starting job to Brissett but fantasy owners should be streaming against the Colts if Tolzien is back under center in Week 2.