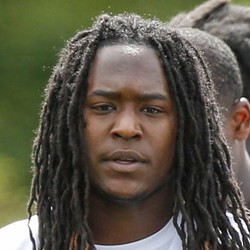 Seattle Seahawks star corner Shaquill Griffin has been ruled out for Week 15 against the Carolina Panthers.

The team was hopeful that Griffin would be able to play, but he was unable to get cleared after testing the hamstring out prior to the game. It is entirely plausible that the Seahawks are just playing it safe with their star corner in an effort to keep him healthy for a pivotal Week 17 tilt against the San Francisco 49ers that can decide the division. D.J. Moore gets a massive upgrade with this news, and besides being a must start in all season long league sizes, is someone to consider tinkering your DFS lineup for.