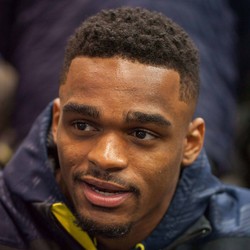 Wide receiver Shelton Gibson, who was waived by the Eagles on Saturday, agreed to a deal to join the Cleveland Browns practice squad on Sunday.

Gibson has elite speed and return experience but struggled to catch on with the Eagles. He will likely need an injury to get a chance in Cleveland but has the top-end speed to make an impact if given the chance.