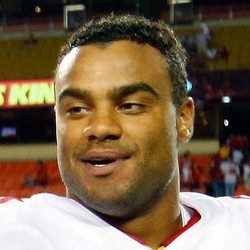 Solomon Thomas will not have fifth-year option exercised by 49er's

The 49er's are declining Solomon Thomas's fifth-year option and he should become a free agent after the 2020 season.

2017's third overall pick will be hitting the free agent market following the 2020 season after failing to live up to his draft stock. The Stanford product was touted as a pro-ready defensive tackle but only started three games last season, recording 21 total tackles and two sacks. He will most likely sign to a short-term "prove-it" deal after this season.