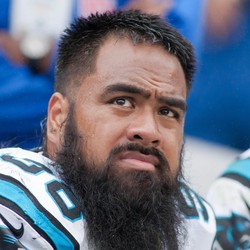 Defensive tackle Star Lotulelei is expected to sign a five-year deal with the Buffalo Bills when the league year begins on Wednesday, according to ESPN's Adam Schefter.

Lotulelei played for Bills head coach Sean McDermott when the latter was the defensive coordinator with the Carolina Panthers. The Bills traded Marcell Dareus last season and Kyle Williams is currently a free agent, so this signing fills an obvious need.