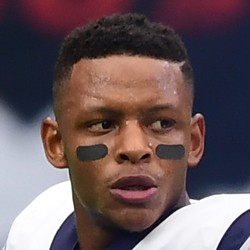 Stephen Anderson being waived by the Texans

Stephen Anderson is being waived by the Texans on Friday, Aaron Wilson of the Houston Chronicle reports.

It was thought that Anderson would get a bigger role going into the season after finishing last year with 25 catches and 342 yards. But Anderson was outplayed by Ryan Griffith and rookies Jordan Akins and Jordan Thomas in the preseason. Anderson may catch onto another team but won't be fantasy relevant.