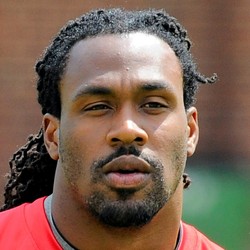 Steven -Jackson gained 16 yards on six carries and secured one of two targets for two yards in Saturday's 27-20 Divisional Round victory over the Chiefs.

The Patriots did not utilize Jackson or the running game as the team only rushed seven times against Kansas City. If the Patriots do go to the run in the AFC championship game expect Jackson to get the workload. But it will be tough to tell what the Patriots will do which will make Jackson a risky option in DFS.