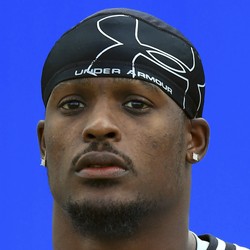 Linebacker Tahir Whitehead has agreed to a one-year deal with the Carolina Panthers, according to a report from NFL insider Ian Rapoport.

Whitehead was released by the Raiders a couple of weeks ago after recording more than 100 tackles in each of the last four seasons. He'll join a rebuilding Panthers squad and should step into a starting role on a defense that lost Luke Kuechly to retirement over the winter.

Deposit $10 at a DFS partner site you have NOT played at and get a FREE 6 Month HOF Subscription!
Claim Offer
Who Should I Start?
Most Accurate Experts
for Tahir Whitehead
Consensus Rankings
View All Rankings