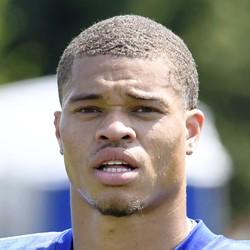 Johnson underwent surgery on his shoulder last week but the team waited until Tuesday to place him on IR. The rookie slot cornerback originally injured the shoulder in Week 1 but played through it, something head coach Sean McDermott appreciated. “He’s been working through it, which we definitely appreciate,” McDermott said last week. “He got a number of reps. He did play well in there and had a good first season. We just felt it was important for him to get that taken care of, so he could have a productive offseason as well.” The fourth-rounder’s season ends with 42 tackles, one interception, one forced fumble, and three passes defensed in 11 games (two starts).