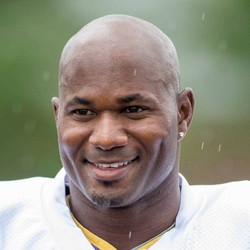 The Minnesota Vikings and cornerback Terence Newman agreed to terms on a one-year, $3.25 million deal that includes $1.5 million in guaranteed money.

Newman will likely maintain his role on head coach Mike Zimmer's defense starting opposite Xavier Rhodes in 2017 at cornerback. Newman, who will turn 39-years-old at the start of 2017 campaign, is still a reliable defensive back in the NFL and a leader on and off the field. Since Chad Greenway announced his retirement last week, re-signing Newman was a no-brainer as he is a respected veteran in the locker room.