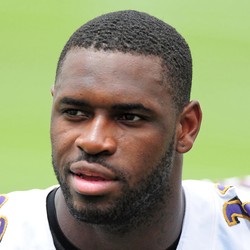 Baltimore Ravens free safety Terrence Brooks has been recovering from injured reserve well ahead of the projected six months to one year schedule. Brooks suffered a torn ACL and MCL in December against the Jacksonville Jaguars. Baltimore Ravens General Manager Ozzie Newsome stated in a previous article that Brooks would miss the first six games of the season. Head Coach John Harbaugh will not give any predictions but states that Brooks looks good in the first week of the OTAs.

Brooks has been practicing 11-on-11 scrimmages in the OTAs. He is a very aggressive player who plays like a cornerback with a 38" vertical leap and his speed. He played 11 games last season and recorded 19 tackles, one fumble recovery and two passes deflected. He will fall into the rotation behind newly signed free safety Kendrick Lewis.

Stacie Rigby - Girl Talk About the Ravens2 years ago