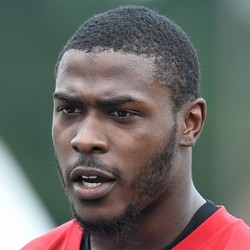 Seattle has given up the seventh-most fantasy points to RBs over the past five weeks. Coleman appears to be second in line for touches in this 49ers backfield, but we know how quickly that can change. The matchup makes him a very low end flex this week.

Coleman was able to play despite suffering a nasty looking shoulder injury in the NFC Championship game two weeks ago. However, he split carries with Raheem Mostert and the Niners' rushing attack never fully took over the way it had at times this season. Coleman's contract isn't guaranteed for 2020 so it'll be interesting to see how his off-season plays out.

Deposit $10 at a DFS partner site you have NOT played at and get a FREE 6 Month HOF Subscription!
Claim Offer
Who Should I Start?
Most Accurate Experts
for Tevin Coleman
Consensus Rankings
View All Rankings