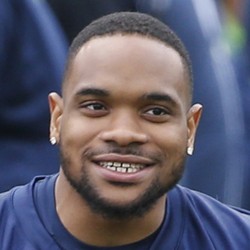 Thomas Rawls get released by the Jaguars

Thomas Rawls was released by the Jaguars on Friday, Michael DiRocco of ESPN.com reports.

Rawls dealt with a hamstring injury during camp and he struggled in the preseason with eight carries for 24 yards and three catches for 19 yards. Look for Rawls to get signed by a team needing RB depth at some point this season.