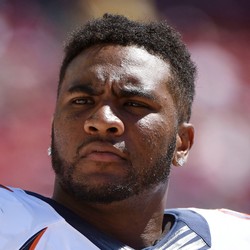 Ward never quite worked out for Tampa Bay as they preferred using rookie Justin Evans and veteran Chris Conte as the starting safeties once Evans acclimated himself to the pro level. Ward was reportedly not agreeing with the situation as it was and now this arrest along with Ward being an unrestricted free agent in 2018 may mean the end of Ward's time in Tampa Bay.