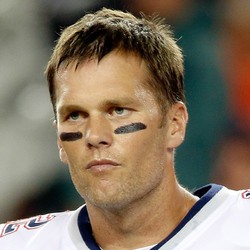 The Patriots are playing for their playoff positioning, so Brady is a low-end QB1 in a good matchup.

Michael Silver notes that the Raiders and Chargers are gearing up to make a run at free-agent Tom Brady.

This is not new news, as the Raiders and Chargers are among the teams that have been tied to Brady. Another notable team has been the Titans. The Raiders have praised incumbent Derek Carr but have left the door open for a change, while the Chargers clearly have a void following the departure of Philip Rivers and are a team that should be ready to rebound and contend following a disappointing 2019 season.

Deposit $10 at a DFS partner site you have NOT played at and get a FREE 6 Month HOF Subscription!
Claim Offer
Who Should I Start?
Most Accurate Experts
for Tom Brady
Consensus Rankings
View All Rankings