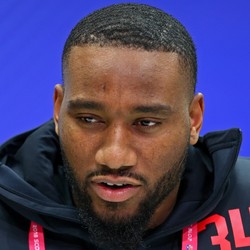 Saints WR Tre’Quan Smith failed to catch his only target in Sunday's Wild Card playoff loss to the Vikings.

While Smith scored in four of his last six games leading up to Wild Card Weekend, plus, the fact that he was coming off of a Week 17 in which he finished with a season-high 5/56/1 stat line on a season-best five targets, Smith was invisible when it mattered the most. Despite an underwhelming 2019, Smith could open 2020 as the Saints WR2 unless they bring in a bigger presence to fill the void.

Deposit $10 at a DFS partner site you have NOT played at and get a FREE 6 Month HOF Subscription!
Claim Offer
Most Accurate Experts
for Tre'Quan Smith
Consensus Rankings
View all Flex Rankings