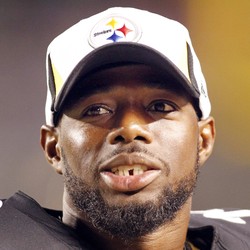 Veteran defensive back William Gay announced in an Instagram post that he has been released from the Giants.

Gay made the initial 53-man roster but was released one day later to make room for the Giants’ league-high six waiver claims, three of which are cornerbacks. The 33-year-old spent 11 seasons with the Steelers before signing a one-year deal with the Giants in the offseason. Gay could latch-on elsewhere with a team looking to add experience in their secondary.