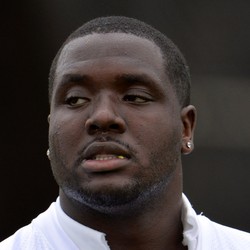 William Hayes is listed as questionable for Week 7 after missing the two previous games with an ankle injury. With DL Michael Brockers out, Hayes will step in alongside DE Robert Quinn and DL Aaron Donald.

It's a boost for the Rams DST and against the run this week versus RB Rashad Jennings. The Rams DST is still a risky play.