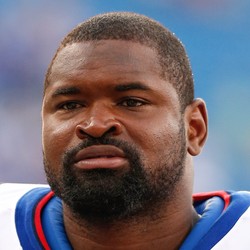 Zach Brown to be released by Redskins

NFL Media’s Tom Pelissero is reporting that the Redskins will be parting ways with linebacker Zach Brown Wednesday. Brown will become an unrestricted free agent.

Brown joins defensive lineman Stacy McGee on the Redskins’ chopping block Wednesday morning. The team shopped Brown around and received moderate interest from several teams but were unable to get a deal done. Brown was just one year into a three-year, $24 million deal. The move will clear $5.75 million in cap room.

(2020)
View Full Schedule
Who Should I Draft?
Most Accurate Experts
for Zach Brown
Do Not Sell
Are you looking to contact Customer Support about a subscription or account related question?
Yes
No, I'm a California resident looking for the California Consumer Privacy Act form