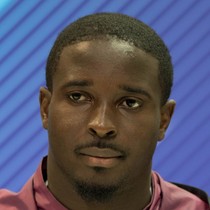 RB Sony Michel (foot) shedded his walking boot and has been rehabbing at the Patriots’ facility for several weeks. (Source: Mike Reiss of ESPN.com)

Fantasy Impact: Michel is recovering from off-season surgery on his foot and has been rehabbing at the the team’s facilities for several weeks. He posted a picture on his personal Instagram which shows him without a walking boot. Michel remains without a timeline and it is unclear if he will return by training camp. If Michel is sidelined for extended period, look for Damien Harris and Rex Burkhead to receive additional carries. The 25-year-old logged 247 carries for 912 yards and seven touchdowns across 16 games last season. Michel is currently 30th overall among all running backs in the latest expert consensus rankings. 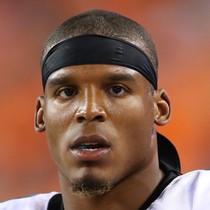 Fantasy Impact: Newton is now officially a member of the New England Patriots and will compete to become the starting quarterback right out of the gates. Jarrett Stidham has been in the Patriots system for over a year and will be given every opportunity to prove he’s worthy of the starting gig as well. It will be an interesting training camp in New England to say the least. 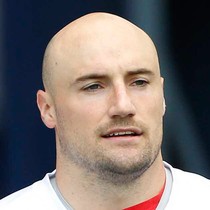 Patriots RB Rex Burkhead has agreed to rework the final year of his contract that drops his base salary from $2.5M to $1.05M in a cap saving move by New England. (Source: Field Yates on Twitter)

Fantasy Impact: Burkhead will earn $550K as a signing bonus instead with $400K available in roster bonuses. The reworking of his contract creates almost an additional $1M in cap space for a team that was tight against the cap to begin with. Burkhead will compete for touches amongst a crowded group of RBs in New England that includes Sony Michel, James White, Damien Harris, and Brandon Bolden. He won’t have much fantasy value heading into the final year of his contract unless other guys get hurt. 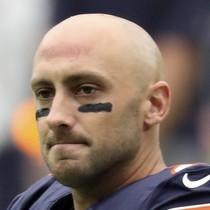 Brian Hoyer could be the odd man out of Patriots' QBs

Fantasy Impact: Hoyer was released by the Colts earlier this off-season once the team signed QB Philip Rivers. With the Patriots signing Newton, Hoyer once again finds himself in a similar spot. New England could opt to keep only two quarterbacks, making Hoyer the odd man out. This decision will most likely depend on Newton's health. Hoyer will enter camp competing with Stidham for the backup QB spot. 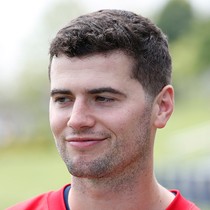 Jarrett Stidham: Cam Newton signing 'nothing to do' with his performance

Jeff Howe of The Athletic reports the Patriots have implied that their signing of Cam Newton has "nothing to do" with Jarrett Stidham's performance. (Source: The Athletic)

Fantasy Impact: Stidham was viewed as the team's starting quarterback entering the summer after New England chose not to pursue Andy Dalton, Jameis Winston, or Newton (initially) following Tom Brady's departure. Mike Reiss of ESPN mentioned Sunday night that he didn't view Newton as the bonafide Week 1 starter. It is clear that the Patriots like what they have in Stidham, but at some point Newton became affordable enough to lock down and bolster the team's QB depth chart. Assuming he's healthy it would be a shock if the former MVP didn't start in Week 1 against Miami. Stidham is no longer in play as a late-round option in best ball leagues. 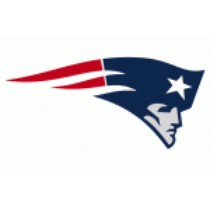 The New England Patriots were fined $1.1 million and will lose a 2021 third round pick for the filming of the Bengals’ sideline. (Source: Mike Garafolo on Twitter)

Fantasy Impact: A Patriots' staffer was seen filming the Bengals' sideline from the press box during Week 14's contest between Cleveland versus Cincinnati. New England said it was an "unintended oversight." The NFL concluded it's investigation and once again punished the team for violating the rules. The Patriots ended up being fined $1.1. million and forfeiting a 2021 third-round pick. Also included in the punishment, the Patriots production crews will not be allowed to shoot any games for the 2020 season. Senior club officials will have required training on league operation and game policies. 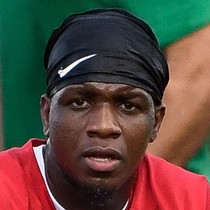 Fantasy Impact: Sanu had ankle surgery this off-season and his recovery from ankle surgery is going better than expected. “I would tell you he's probably faster, quicker, leaner and in better shape now than prior to the surgery," said his trainer Hilton Alexander. "I would say he's way ahead of any doctor's knowledge or prediction where he would have been at this point. Way ahead of the curve." Sanu hauled in 26 receptions for 207 yards and a touchdown across eight games for the Patriots in 2019. The 30-year-old is expected to be the WR2 for the Patriots, but will compete with Julian Edelman and N’Keal Harry for targets. Sanu should be all systems go by the time training camp starts. He is currently 79th among all wideouts in the latest expert consensus rankings.

Jeff Howe of The Athletic writes the competition for the Patriots' fourth and fifth receiver jobs is "wide open". (Source: The Athletic)

Fantasy Impact: This locks in Julian Edelman, Mohamed Sanu, and N'Keal Harry into the team's top three spots. Jakobi Meyers, Gunner Olszewski, Marqise Lee, Damiere Byrd, and Jeff Thomas are possibilities to round out the position. Meyers, a preseason star last year, should be viewed as the most likely to earn playing time of the bunch.

When responding to Twitter questions Doug Kyed from the New England Sports Network (NESN) suggested that Jeff Thomas has the best chance to make the roster of the four undrafted Patriots wideouts. Despite receiving the smallest amount of guaranteed money of the four Kyed believes that Thomas' raw talent will push him over the other three (Isaiah Zuber, Will Hastings, and Sean Riley). (Source: Doug Kyed on NESN)

Fantasy Impact: Julian Edelman, N’Keal Harry, Mohamed Sanu, and Jakobi Meyers have the inside track on the top four places on the depth chart. The four undrafted rookies will have to compete against at least five other veterans in order to make the roster, highlighted most notably by Marqise Lee who joined in April as a free agent (previously from the Jaguars). Given his talent Jeff Thomas is worth a stash in dynasty leagues, but don't be surprised if he spends his rookie season on the practice roster. 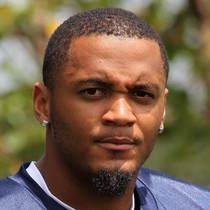 Patriots S Patrick Chung has agreed to a two-year extension with New England through 2023 that will pay him $3M to sign and $12.8M over the next four years. (Source: Field Yates on Twitter)

Fantasy Impact: Chung has played a total of 12 seasons in the NFL, 11 with the Patriots and one year with Philadelphia in 2013. He’s combined for a total of 778 tackles and 11 interceptions over the course of his career. The 32-year old is now signed with the Patriots through 2023 and will to provide stability in the secondary for a team that consistently puts a good defensive unit on the field each and every season.

Fantasy Impact: The former West Virginia Mountaineer missed the entire 2019 season for New England after undergoing quad surgery in March of last year. He’ll provide depth on the offensive line in 2020 for a group that is looking much stronger than it was just a season ago.

Fantasy Impact: Maluia was selected in the sixth round of the 2020 NFL Draft and figures to play a key role on the Patriots' special teams. He racked up 61 tackles and two picks across 13 games for Wyoming in 2019. Maluia will receive the bulk of is playing time on special teams and figures to rotate at inside linebacker occasionally.

Fantasy Impact: Rohrwasser was the first kicker selected in the 2020 NFL Draft. The Patriots released Stephen Gostowski this off-season and Rohrwasser is expected to be the team's starting kicker. The 23-year old converted 18 of 21 field-goals and 35-of-36 extra points in 2019 with Marshall.

Dalton Keene, the No. 101 overall pick, signs deal with the Patriots

TE Dalton Keene, the No. 101 overall pick in the 2020 NFL Draft, officially agrees to terms with the New England Patriots. (Source: Field Yates on Twitter)

Fantasy Impact: New England drafted a position of need by taking both Keene and Devin Asiasi in the third round of Draft. Nicknamed “Rambo,” Keene excelled as a three-year starter at Virginia Tech. Not only did he play tight end, but the Hokies would line him up in the backfield and use him as a lead blocker. Over his three-year college career, Keene caught 59 passes for 748 yards and eight TDs. He was labeled as one of the most athletic tight ends in his draft class after running a 4.71 40-yard dashing and recording a best-in-class 125 inch broad jump. Keene makes for a sneaky pickup in dynasty formats. 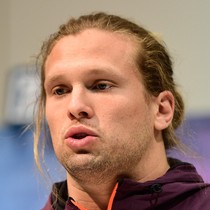 Fantasy Impact: Winovich is recovering from off-season sports hernia surgery. He appears to be on track and should be ready by the time the season starts. The 25-year-old LB is lifting weights, doing yoga and using a Peloton bike to help with his recovery. Winovich will look to build on his rookie season. He racked up 26 total tackles and 5.5 sacks across 16 games in 2019. Winovich is mainly an option in deep-league IDP formats.

Josh Uche, the 60th overall pick, signs a four-year deal with the Patriots

Fantasy Impact: Uche was a two-year starter for the Wolverines, recording a combined 15.5 sacks in 2018 and 2019. He’s been dubbed as a guy who works really hard on his craft and is constantly learning and taking in information. He’s a prototypical Belichick-type guy and could see some action at both the inside and outside linebacker positions with the Patriots this season. 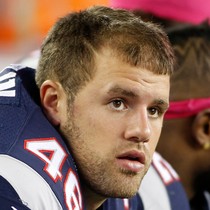 Fantasy Impact: Develin was a fan-favorite who worked his way from an undrafted Ivy League defensive lineman to Pro Bowl fullback and three-time Super Bowl Champion with the Patriots. The Patriots will look to fill Develin's big shoes along with a few other roster needs throughout the remainder of the offseason. 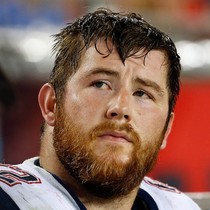 Mike Reiss of ESPN reports that G Joe Thuney and the Patriots are “not close on a deal.” (Source: ProFootballTalk on Twitter)

Fantasy Impact: Thuney got the franchise tag from New England, which will pay him $14.78M in 2020. That’s a large cap hit for a team that needs to free up some space, and the Patriots could do that by agreeing to a long-term deal with the All-Pro guard. But according to Reiss, the two sides aren’t close, which could lead to a trade this week ahead of the Draft. A trade could also be completed immediately, as Thuney has already signed his franchise tender. 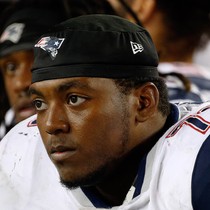 Adam Butler signed his restricted-free agent tender with the Patriots on Friday. The tender is worth $3.26 million. (Source: Mike Reiss on Twitter )

Fantasy Impact: Butler recorded 26 tackles, six sacks and five passes defensed across 16 games in 2019. He has yet to miss a game in his last three seasons and should play a key role in the Patriots defensive line. The 26-year-old is mainly an option in deep-league IDP formats. 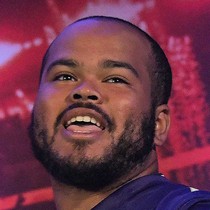 Fantasy Impact: Eluemunor was a restricted free agent and signed his original-round tender on Thursday. The Patriots traded a late-round pick to the Ravens for the 25-year old last season. Eluemunor will provide depth to the Patriots offensive line.