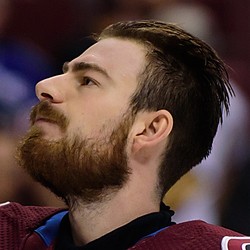 There still isn't a timeline for Grubauer since he was injured in the Stadium Series game vs. the LA Kings where Ian Cole lost balance and collided with him. Pavel Francouz has filled in admirably as the new starter so they won't rush him back. He's been out since February 15th.

Jeremy Farr12 weeks ago
Tough loss for Grubauer on Thursday

Philipp Grubauer was the losing goalie in Colorado's 3-2 home loss to his former Washington Capitals team. He stopped 35 of the 38 shots he faced.

Two of the goals Washington scored on him came on the power play. The Avalanche were getting careless with their sticks as they were called for two high-sticking penalties to which the Caps converted on. Aside from the loss, Grubauer played very well and has been excellent as of late for his team. He's making saves and always giving the Avs a chance to be successful. The Avalanche have one of the best strength of schedule's down the stretch so fire him up with confidence. He sits on a 18-12-0-4 record with a 2.65 GAA and .915 save percentage.

Phillip Grubauer was the winning goalie in Colorado's 6-1 road win over the Buffalo Sabres. He stopped 23 of the 24 shots he faced.

It was a relatively light night for Grubauer as the Avalanche took a 2-0 lead and never gave it up after that. He was steady through out and did his part, lifting the Avs to their 29th win of the season. He also stopped all the chances on Buffalo's power-play. He now sits with a 14-11-4 record, a 2.90 GAA and .908 save percentage.

Philipp Grubauer was the winning goalie on Thursday night as the Avalanche defeated the visiting San Jose Sharks 4-0. He stopped 23 of 23 shots he faced.

It was a relatively easy night in the crease for Grubauer as he wasn't tested that often. He came up with saves when he needed to and was able to coast to the finish line as the offense gave him plenty of goal support. After Grubauer's injury, it appeared the Pavel Francouz was stepping in and taking the job away from him with solid play, but that isn't the case any more. He's 3-0-1 in January with a shut out and is back to being the Avs go to goalie. He holds a 13-10-0-4 with a 2.81 GAA and .911 save percentage.

Jeremy Farr20 weeks ago
12th win of the season for Grubauer

Philipp Grubauer was the winning goalie on Saturday, backstopping his team to a 5-2 road win over the New Jersey Devils. He saved 28 of the 30 shots he faced.

Grubauer appeared to be losing a grip on the starting role as of late due to injury and Pavel Francouz playing well in his absence, but looks like he has re-established himself as the go to. He's been between the pipes for the last four games and has brought his record up to 12-9-0-3 with a 2.87 GAA and .911 save percentage.