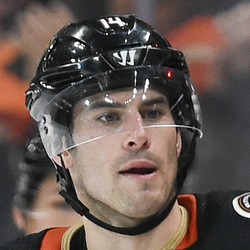 Adam Henrique scored two goals leading the Ducks to a 4-2 win versus Arizona. He also had four shots on goal and was a plus-two in 12:24 minutes of ice time.

The goal was Henrique's third in his last four games and he has nine shots on goal in that span. This season he has 17 goals and 10 assists in 50 games played.