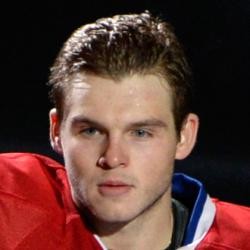 Alex Galchenyuk assisted on two of the five Minnesota Wild goals on Friday as they went on to beat the Oilers 5-to-3.

Galchenyuk is now on his fourth team in the last three years and has six goals and 14 assists for 20 points through 50 games played this season. That said, he has three points through his first five games as a member of the Wild with a plus-minus of +2. I wouldn't be running to the waiver wire for him, but he's worth adding to watch lists to see if he catches fire with the recent change of scenery.