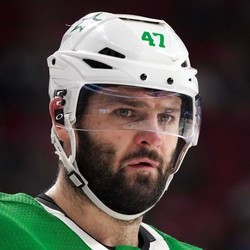 Alexander Radulov scored a power play goal 5:10 into the second period to give the Stars a 2-0 lead over Anaheim Thursday night.

Radulov's nine-game point streak came to an end last Friday night against the Red Wings and he remained silent on Wednesday in Los Angeles. He finally got back on track with an important second period power play goal to help Dallas win their sixth straight. He has 13 goals and 28 points in 41 contests this year.