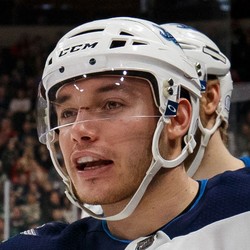 An independent arbitrator has awarded Andrew Copp a two-year contract extension, with an annual value of $2.28 million.

Copp had a career-high 11 goals last season, to go along with 25 points, in only 69 games. He would have easily topped his career-high in points as well, 28 points in 2017-18, had he not missed time on two separate occasions last season. Copp has become an important player for the Jets, but ultimately offers little in fantasy. He will need to move out of his current bottom-six role if he is going to have any impact in fantasy.