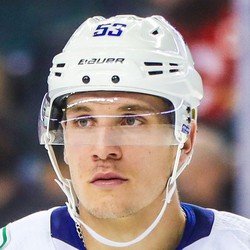 Bo Horvat scored an empty net goal at 19:59 in the third period to seal the Canucks 3-1 win versus the Blues. Horvat also had five shots on goal and was a plus-one with two blocks in 17:46 minutes of ice time.

Even empty net goals count in fantasy hockey and owners of Horvat were happy to see him score his fourth goal in his last five games played. This season Horvat has 17 goals and 26 assists in 50 games played.