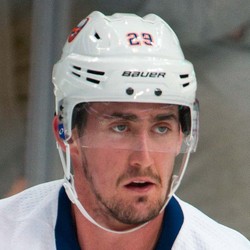 Brock Nelson scored once in the second period and tied the game with his goal in the third period as the Islanders would fall in a shootout to the Canucks 5-4 on Tuesday night.

Fantasy owners were given a treat from Brock Nelson on Tuesday with his two goal performance against the Canucks. And, while he is the Islanders leading goal scorer, expectations for Nelson should be tempered as the Islanders as a team are really struggling as of late.